The game is fun. The concept is there. I can definitely see this game taking off with solid multiplayer support. 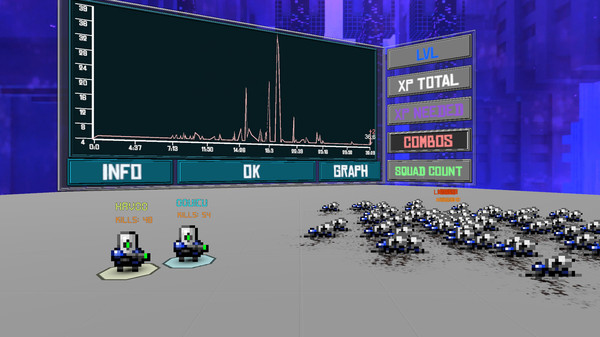 A few Bugs I noticed-

1.In the tutorial when I was to ball up the key never showed up on screen and after 5 or so mins I had to restart and on that second attempt it showed.

2. When trying to launch my first round all I got was a black screen(on Ultra settings). After relaunching the game on High settings it worked just fine 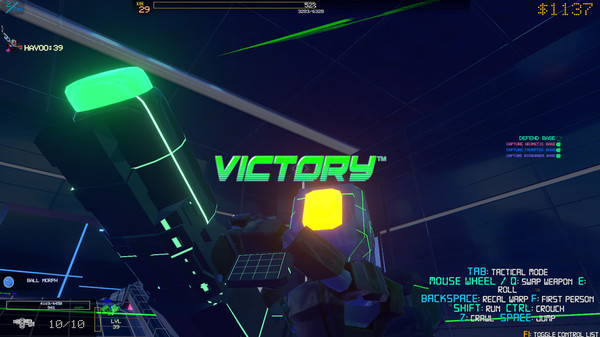 -These were the only two Glitches I came across so far. 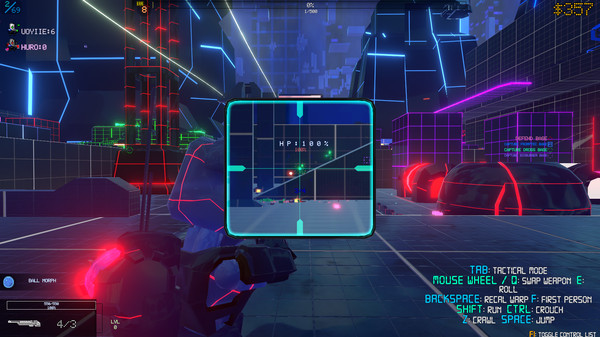 1. I use my computer on a large TV and the UI was very small. So much so that I had to get out of my chair to read anything. A simple UI scale setting would be great for TV users.

2. I had no idea what my health was until just about the end of my first game. Maybe a simple Readout of what everything in the HUD is would be a good add. 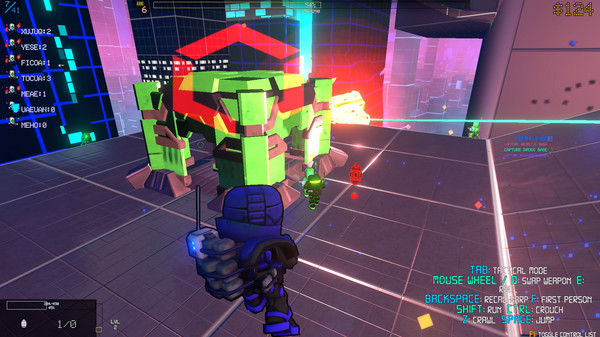 Things that may be a good fit for the game:

1. As someone who loves easter eggs I'd love to see some added into the game for hunting after the basic game is finished.

2. Maybe have hidden areas in the map that can be accessed via blowing up walls or floor panels. Nothing that can make the game unfair but like alternative routes to different areas of the map.

3. I realize the game is in early access but the levels seem a bit bare. More Items in the map to flush it out. I get a cyberpunk vibe and the Idea of holograms and the like would seriously be cool. Maybe even a simulation themed map like the city in TRON would fit.( just a thought)

4. Having the ability to unlock the type of bot you re spawn as would be a cool addition to mid and late game that can be unlocked.

5. Having the ability to take control of Turrets at some point

6. Multiple BIG BOTS that you can spawn.

7. maybe having the ability to take control of BIG BOTS/ being able to tell them what to do/ go.

8. Having the ability to customize your own faction. 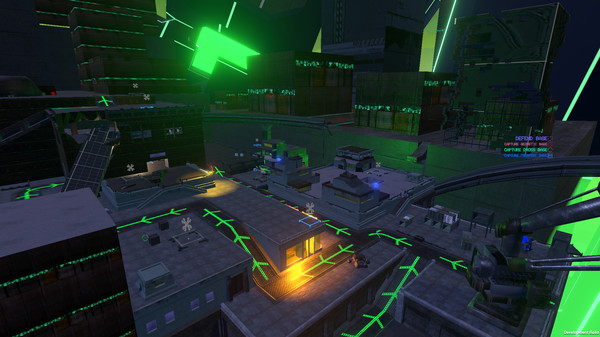 All of this was just suggestions and I hope for the game to be a huge success!

Fun Game with tons of potential. 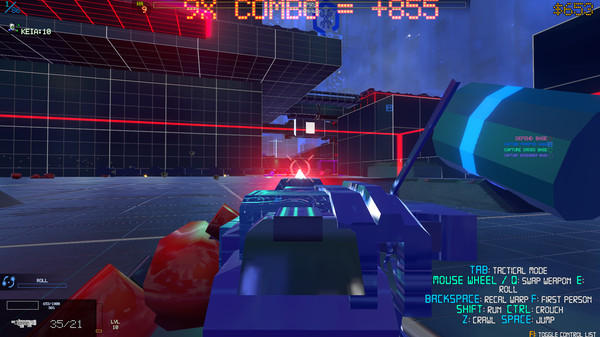