Introduction
Unfortunately, like in all other Life is Strange games, True Colors does not support 21:9 out of the box, instead having black bars on the sides of the screen.

However, by making a couple of hex edits, we can make the game adapt to Ultrawide screens while maintaining the original FOV.


1. Opening the executable in a Hex Editor
Before we do anything else, since we're going to do hex editing, we need a Hex Editor. I will be using HxD[mh-nexus.de], a free and lightweigh one that does the trick for what we need, but any other should work all the same.

Once we open HxD, we need to load the executable of the game. To do this, go to File->Open. 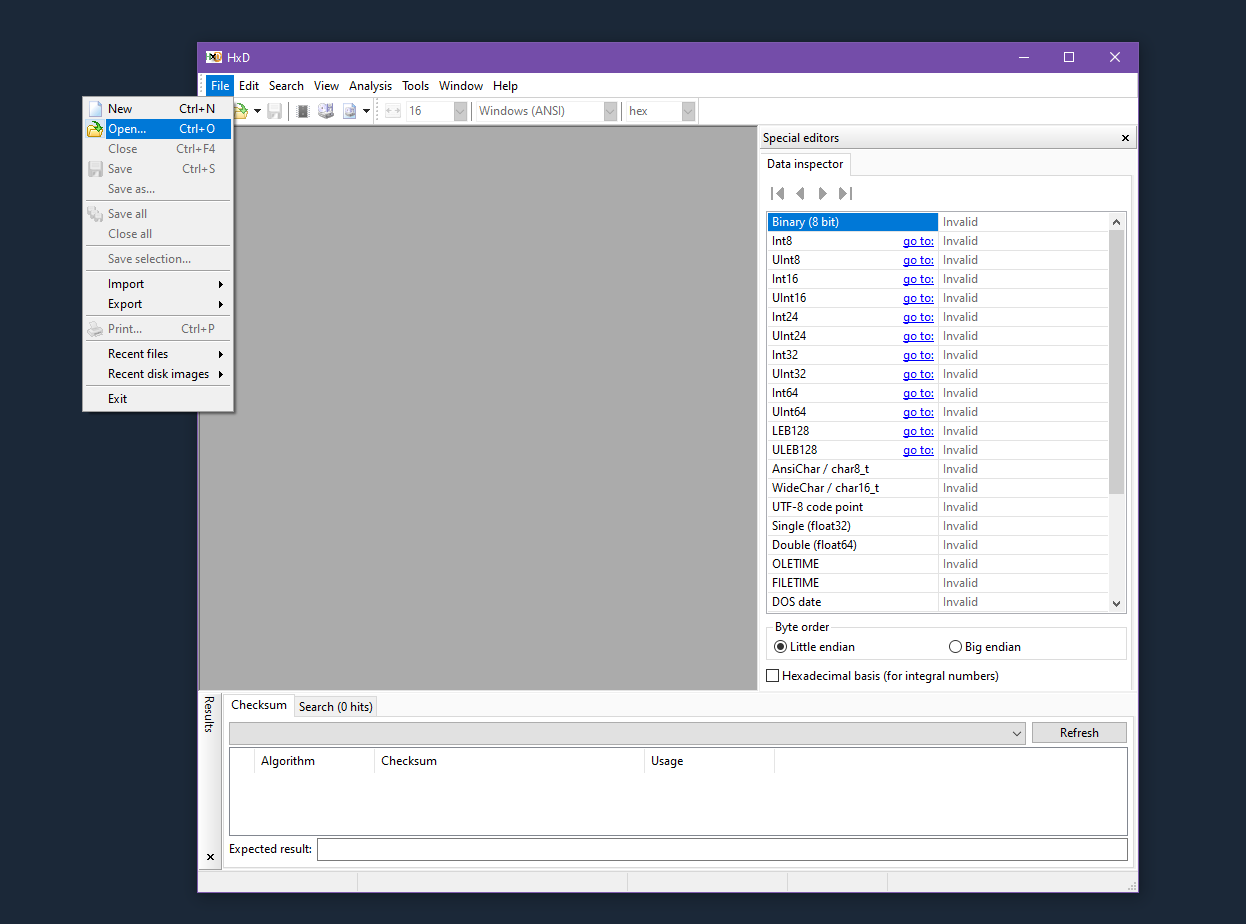 Next, we go to the directory the game is in, which is
[STEAMDIRECTORY]\steamapps\common\LifeIsStrange3\Siren\Binaries\Win64
Your directory will change depending on whether you have the game installed in C:, D:, etc. Alternatively, you can just go to the properties of the game->Local Files->Browse, which will take you directly to the LifeIsStrange3 folder. 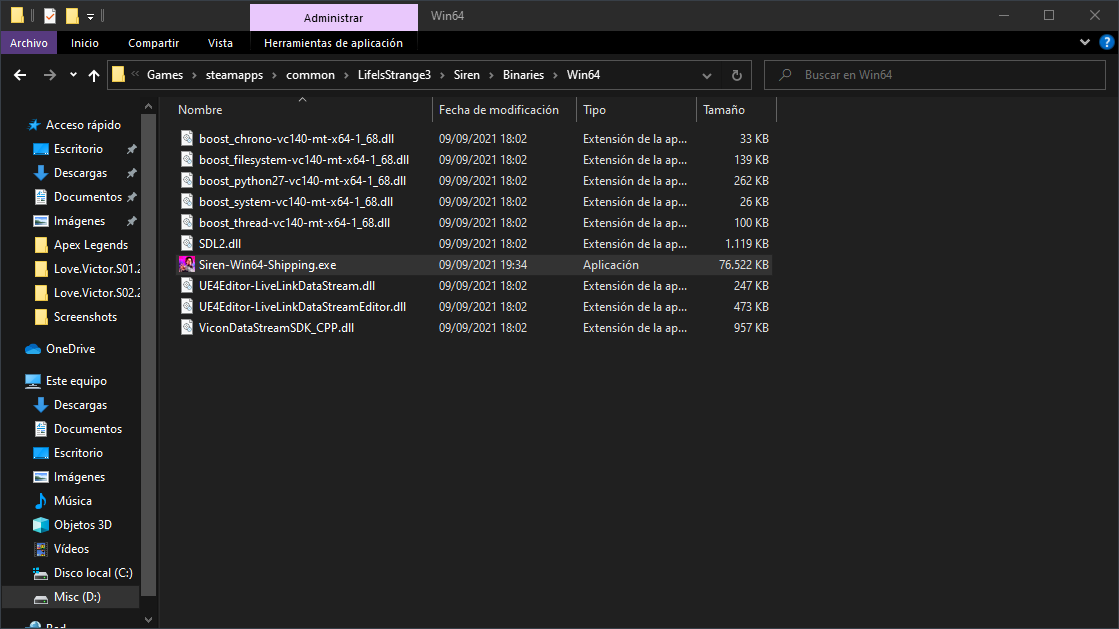 2. Changing the Aspect Ratio to Y-FOV
The first thing we're going to do is make the game switch from X-FOV to Y-FOV, so the black bars disappear. To do that, we're going to go to Search->Replace->Hex-values, making sure Search direction is set to All. 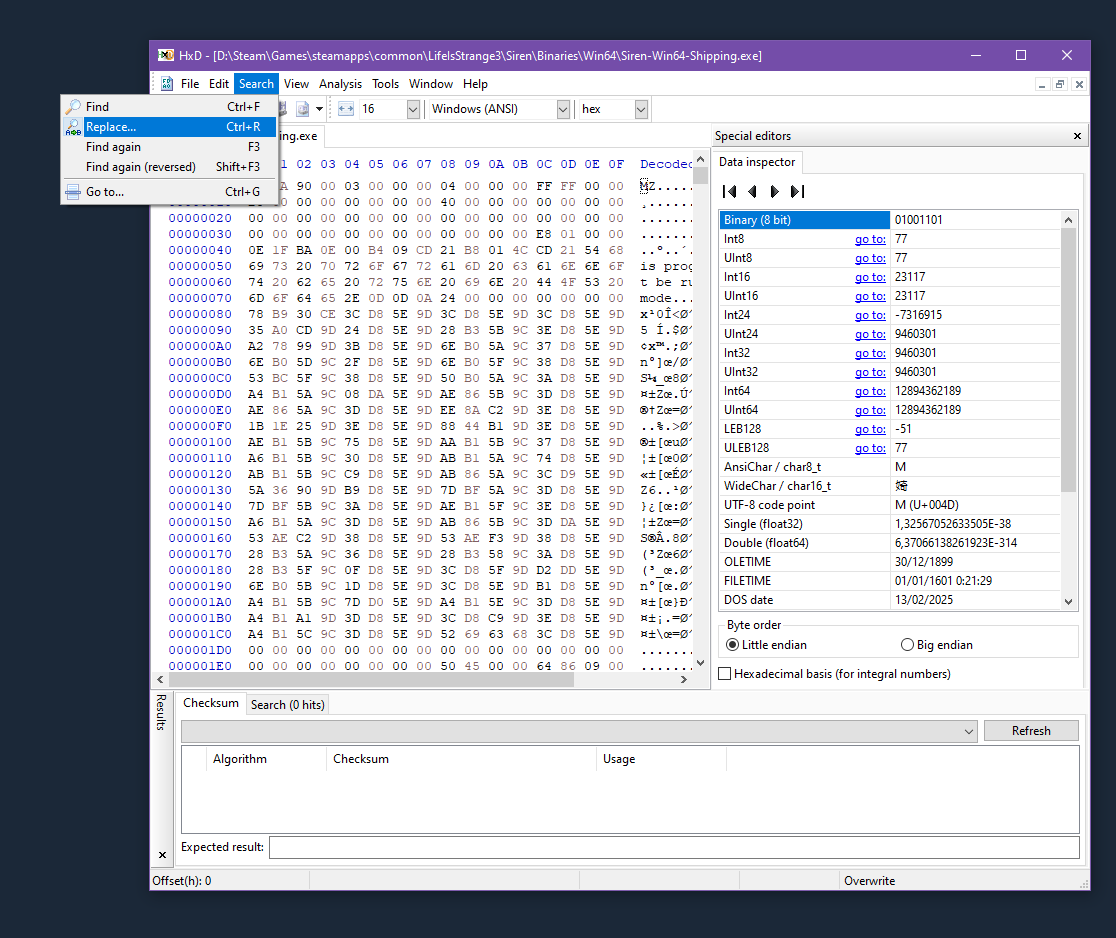 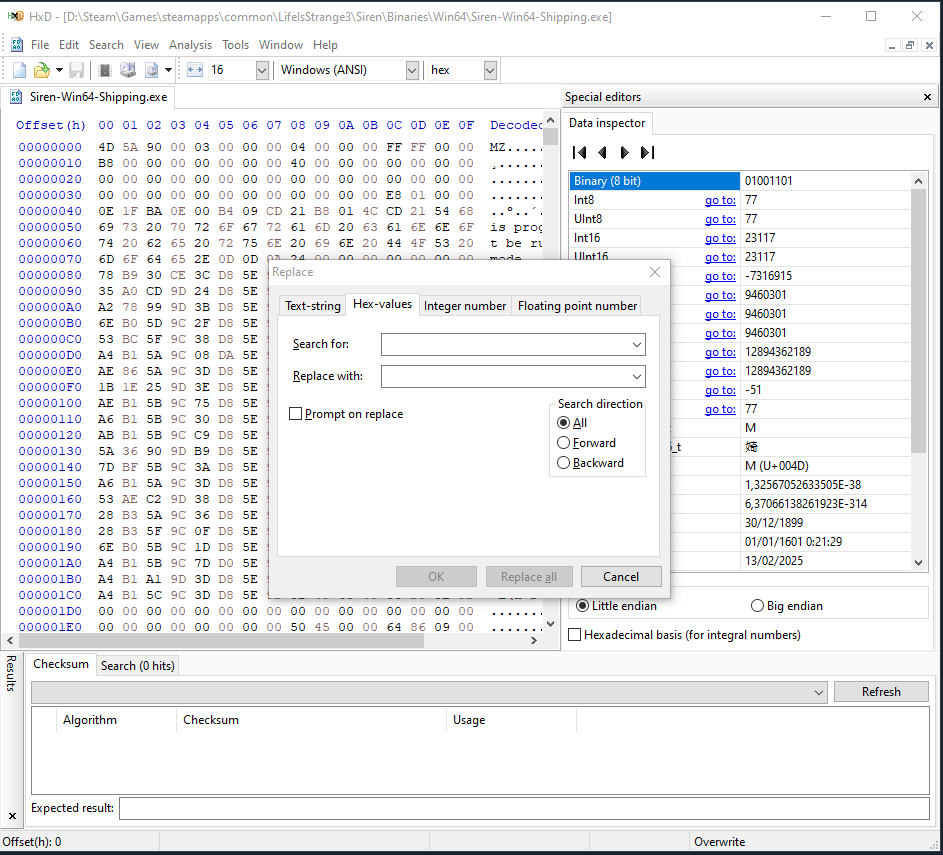 The program should report five occurrences have been replaced.

Unfortunately, while the black bars should have disappeared, this is not enough: the view is zoomed in compared to the original, cropped ratio.

To fix this, we're going to edit some more hex code in the next, and final, step.

And that's it! The game should now look the exact same except for a full, sweet 21:9 aspect ratio.