Example: Having 15 farms will unlock the "Farmer Grandmas" Upgrade.

Purchase 7 different types of Grandmas to obtain the Elder Achievement. The soonest you will be able to do this is with the "Cosmic Grandmas" unlocked by having 15 Shipments.

Purchase this upgrade, and it will begin unlocking new upgrades every 30 minutes or so.

Note that the Research Facility costs 1 Quadrillion Cookies, and will take a while to reach.

Attempting to purchase this upgrade will result in the game giving you an ominous warning: 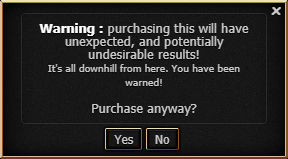 Grandma is now off her meds with her brand new icon.

The blue striped background has also been replaced. 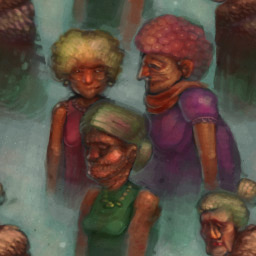 Phase 2: Displeased
The second stage of the Grandmapocalypse. Wrinklers will spawn faster and Wrath Cookies are now more common. 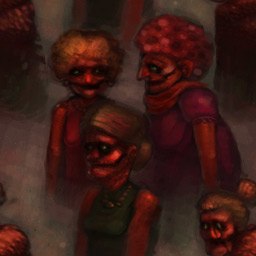 Continue with the Research and purchase "Elder Pact".

Phase 3: Angered
The third and final stage of the Grandmapocalypse. Wrinklers will spawn even faster. All Golden Cookies now spawn as Wrath Cookies.

Granny has had enough and now reveals her true form 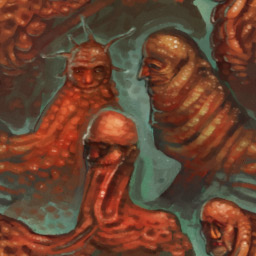 Congratulations! You've doomed us all.


Phase ?: Appeased
Reaching Phase 3 on the Grandmapocalypse will unlock two new "upgrades". They will allow you to put a stop to Grandma's rage, for a price.

"Elder Covenant" is permanent, but cuts 5% of your Cookies per Second. It can be Revoked. 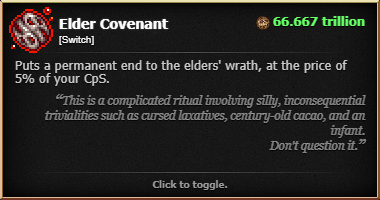 It's recommended to only buy the Elder Covenant once to unlock the achievement, then immediately revoke it to avoid the 5% penalty. If you want to stop the Grandmapocalypse to farm Golden Cookies while avoiding the bad effects from Wrath Cookies, stick to Elder Pledges. Their cost is relatively low.

Wrinklers will spawn and surround the big cookie. You can pop them by clicking on them. They each take 5% of your Cookies per Second. With the maximum of 10 Wrinklers (12 with the Heavenly Upgrade) spawned, they will take 50-60% of your CpS.

Sounds pretty bad, you should pop them as soon as possible, right?
No. You should actually let them eat as much as possible. When Wrinklers are popped, they vomit out all the cookies they ate, plus a large bonus.

By letting the Wrinklers consume your CpS, you are effectively multiplying the amount of cookies you get by more than 5. Yes, they are extremely good. You should only pop your Wrinklers if you need the cookies to buy an upgrade.

Wrinklers also have a very small chance to spawn shiny. Popping one of these is a Shadow Achievement. Expect a few frustrating hours if you want to get this.

Wrath Cookie Exclusive Effects:
As you can see, Wrath Cookies can be a bit of a gamble. But the positive effects greatly counterweight the negative ones. Golden Cookies are generally still better, because Clots can hurt quite a bit.

If you're an idler who doesn't care much about hunting for Golden Cookies, there is no reason not to go all the way to Phase 3.


This is too scary :( I don't wanna play anymore
Ah yes, the classic "boohoo i just wanna play the cookie game why did it all get so creepyyyyy". The game is over 8 years old now, I'm sure many of us have been there.

Thankfully, the benevolent Orteil (he's the guy who makes this game btw) has added a new setting in the Steam version. Go to the "Options" menu and disable "Scary Stuff".

Now instead of wanting to kill you, Granny merely scowls at you for being a coward.

Y'know, in a way this is almost scarier.